Several years ago, the World Sleep Society (WSW) designated the Friday before the Spring Vernal Equinox as 'World Sleep Day', a day which "aims to lessen the burden of sleep problems on society through better prevention and management of sleep disorders".

In conjunction with the WSW Day4NAPs was established and dedicated the following day to raise specific awareness about narcolepsy, a day for narcolepsy awareness projects, a Day4NAPs! Next year's event will be celebrated on Saturday 15 March 2020.

Mark Patterson, MD, PhD, has been involved in all things narcolepsy since a close family member was diagnosed over 15 years ago. The Day4NAPS project was developed from a perceived need to have a combined global effort to raise awareness.

The story behind the Day4NAPS logo

As the Tree of Life connects all of creation, it is Mark Patterson's hope for the Day4NAPS website to connect all of the narcolepsy community in the goal of raising global awareness. As the theme of a campaign a few years ago noted, it is too easy for people with rare chronic conditions to feel alone. That is not the case, especially with the facile use of electronic communication.

So what is narcolepsy?

Narcolepsy is a chronic neurological disorder that affects the brain’s ability to control sleep-wake cycles. Narcoleptics are unique in that they enter REM sleep (the period of sleep when dreams are most likely to occur) very quickly after falling asleep, even when sleeping during the day. People with narcolepsy usually feel rested after waking, but then feel very sleepy throughout much of the day. Many individuals with narcolepsy also experience uneven and interrupted sleep that can involve waking up frequently during the night so it might look like narcolepts sleep a lot however research shows they do not sleep anymore over 24 hours than what is considered normal.

The main symptom of narcolepsy, and usually the first to appear is excessive daytime sleepiness (EDS). Some people may also experience uncontrollable brief episodes of falling asleep during the day known as a “sleep attack”. Other symptoms include:

Cataplexy is an episode in which strong emotion causes a sudden loss of muscle tone. This sudden loss of muscle tone while a person is awake leads to weakness and a loss of voluntary muscle control. It is often triggered by sudden, strong emotions such as laughter, fear, anger, stress, or excitement. The symptoms of cataplexy may appear weeks or even years after the onset of EDS. Some people may only have one or two attacks in a lifetime, while others may experience many attacks a day. In about 10 percent of cases of narcolepsy, cataplexy is the first symptom to appear and can be misdiagnosed as a seizure disorder. Attacks may be mild and involve only a momentary sense of minor weakness in a limited number of muscles, such as a slight drooping of the eyelids. The most severe attacks result in a total body collapse during which individuals are unable to move, speak, or keep their eyes open. But even during the most severe episodes, people remain fully conscious.

The temporary inability to move or speak while falling asleep or waking up usually lasts only a few seconds but it can be very frightening, especially in combination with hallucinations. Sleep paralysis resembles cataplexy except it occurs at the beginning or the end of sleep. As with cataplexy, people remain fully conscious. Even when severe, cataplexy and sleep paralysis do not result in permanent dysfunction—after episodes end, people rapidly recover their full capacity to move and speak.

Other symptoms typically include:

People with narcolepsy fall asleep quickly however they usually experience difficulties staying asleep at night. Their sleep may be disrupted by insomnia, vivid dreaming, or other sleep disorders such as sleep apnea and periodic leg movements.

*Performing tasks without consciously knowing it and not remembering you have done them eg: turning off

alarm clocks or answering your phone.

Scientists believed that Type 1 Narcolepsy (narcolepsy with cataplexy) is caused by a lack of the chemical known as hypocretin (also referred to as orexin) in the brain. Hypocretin is a neurotransmitter involved in the regulation of the sleep/wake cycle as well as other bodily functions such as blood pressure and metabolism. While the cause of the loss of hypocretin is still unknown, current research points to a combination of genetic and environmental factors that influence the immune system.

- It is equally common in men and women. Symptoms typically begin to occur between the ages of 10 and 30, although narcolepsy can occur at any age.

- The average time between the onset of symptoms and diagnosis is seven years. Misdiagnosis is common. In a recent study, 60% of patients were misdiagnosed. Patients are most often misdiagnosed with depression, insomnia and obstructive sleep apnea.

- The cause of Type 2 Narcolepsy (without cataplexy) is unknown. Some researchers believe that it could encompass a variety of different diseases including the incomplete form of Idiopathic Hypersomnia.

- The prevalence of Type 2 Narcolepsy is uncertain because it is not as well studied as Type 1 Narcolepsy. Please share our posters to help raise awareness 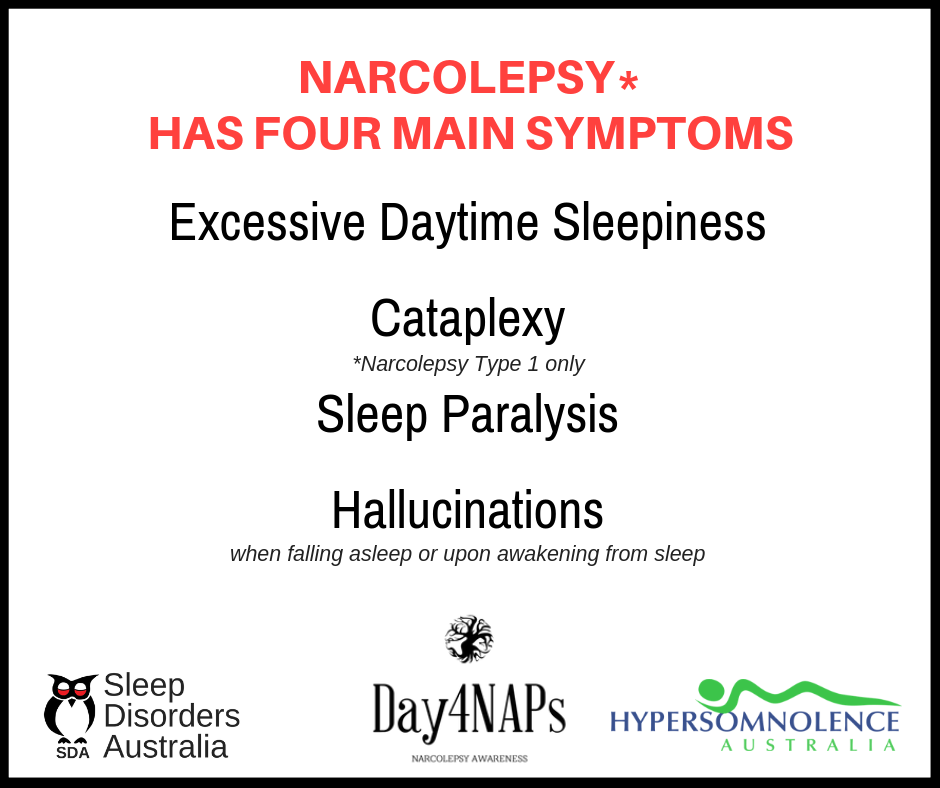 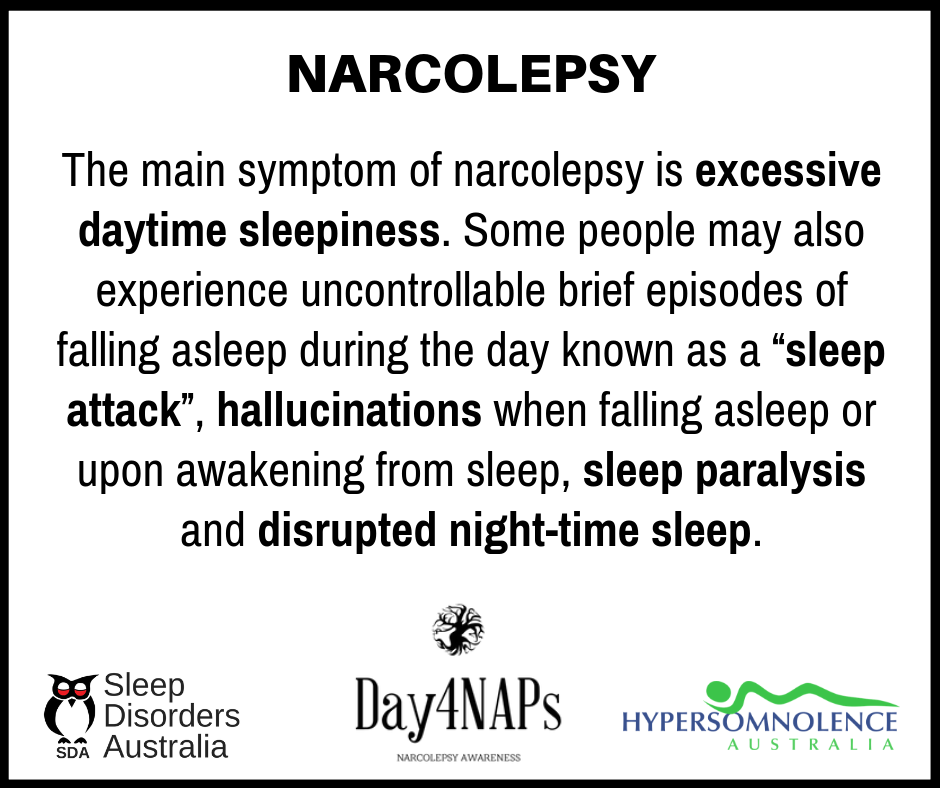 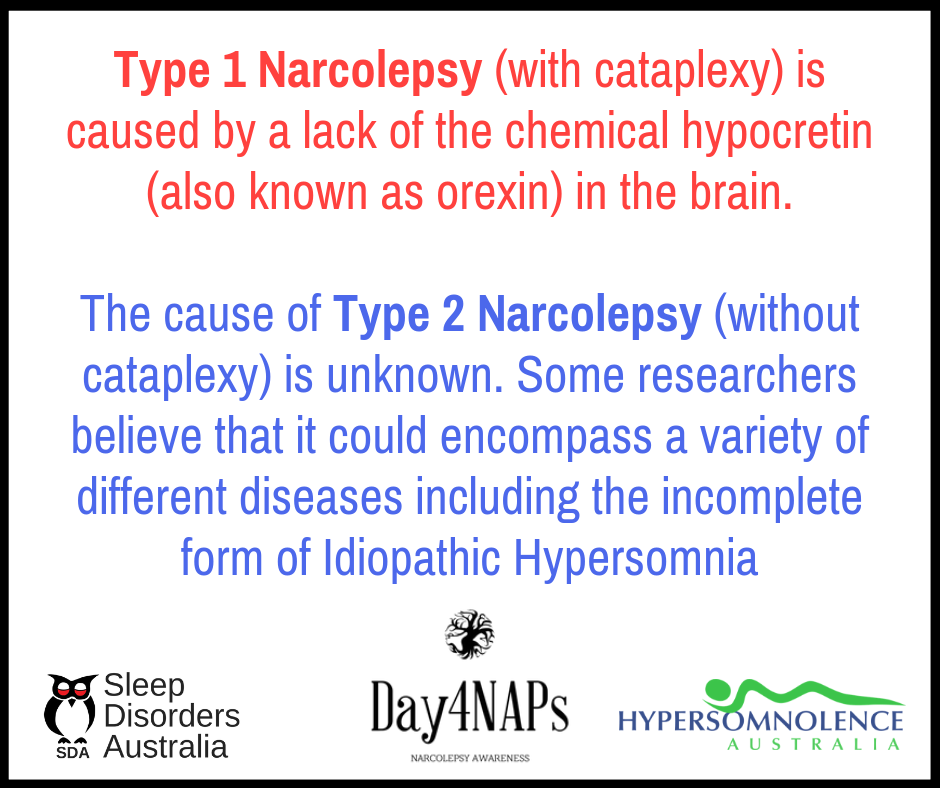 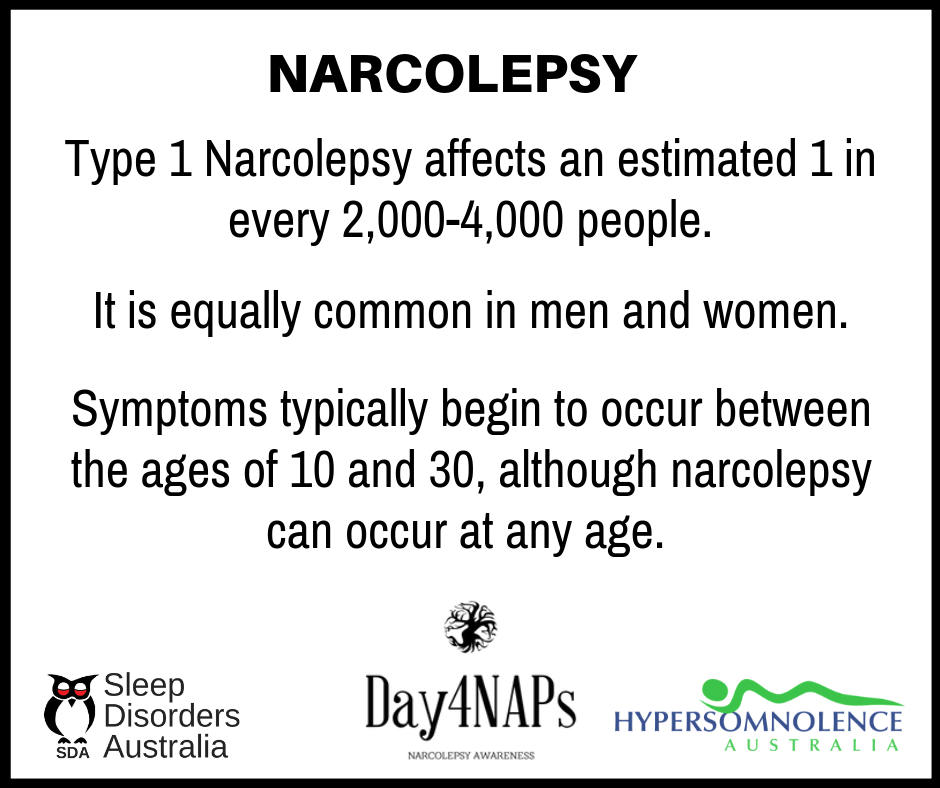 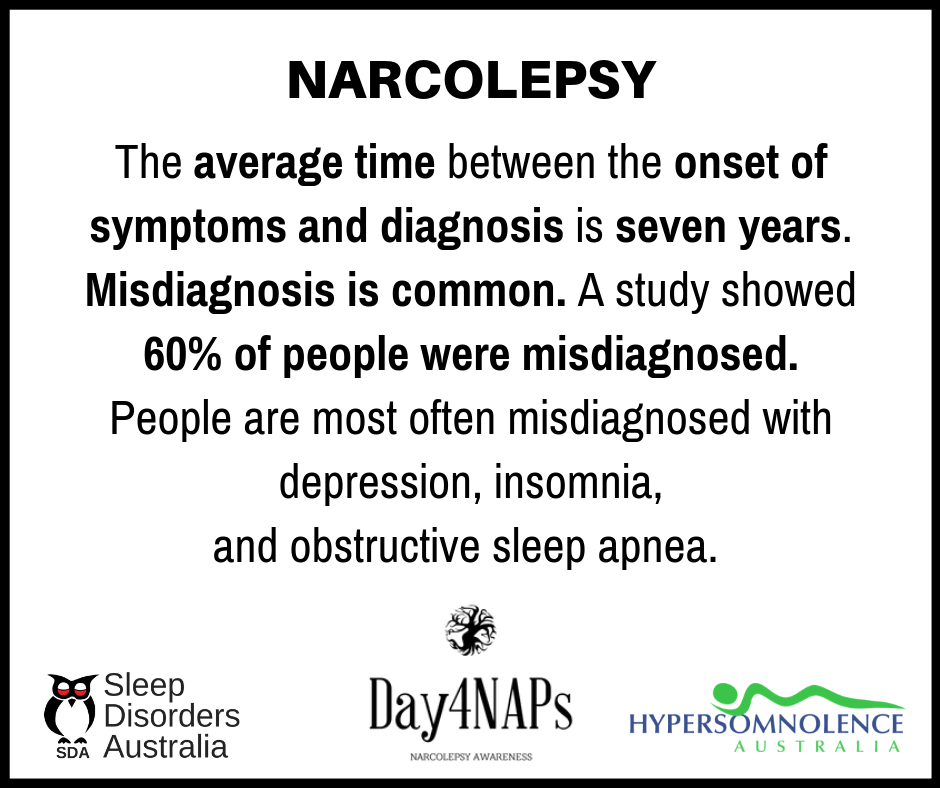 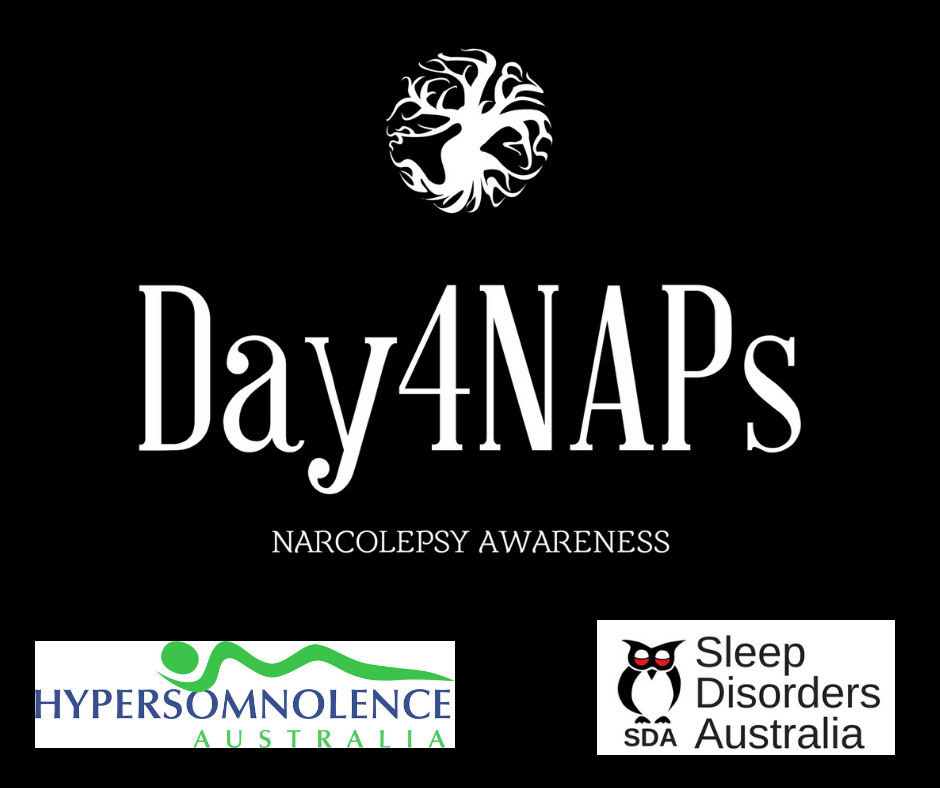 IH Support Group - Have your say

Thank you for another successful IHAW